The best thing of remote working (to me) but the one many people don't talk about it... 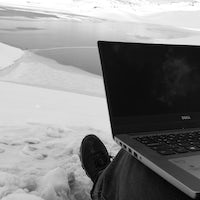 There are lots of benefits when we talk about remote working (and lot of issues too), working from home looks like the dream job for lots of people and we see a lot of articles talking about all the pros and cons about this way of working.

Working from your home, having time with your family, saving on gas and many other benefits... But there is one thing that many people don't say and it's probably because not all the remote workers will ever need that feature.

Remote working as an immigrant

Sometimes we just need to leave the country for whatever reason and we need to think what we are going to do once we have landed in the new country. For an in-office worker this is a really difficult situation/decision and one thing that could just remove the whole idea of emigrating in their minds... But what about if we just leave the country but at the same time we keep working with the same team?

I have been working as a remote developer for almost 3 years now and just because of that, I was able to emigrate without major issues (well, with some issues but not that bad). When I landed in my new home I didn't need to start looking for some job or something like that... And that was amazing because it helped me to just continue with my life; landing in a new country as a remote developer is just like learning to live in another place without thinking about money.

Most of the times that we develop from home is because we work with people from different countries and some times we also get paid in different currencies. This is really common in a software environment since we have many tools that helps us to communicate with our team; And when you move to another country this will be exactly the same: Same job, same team, same tools and same payment.

To me, this is the best benefit of being a remote developer and it's because it gives you flexibility... A flexibility that an office job will never give you.